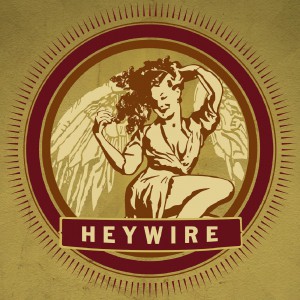 Heywire’s new self-titled album will be available on all digital platforms on Memorial Day, May 28th, 2018. The album features 7 original songs:

The songs reflect a collaboration by the 5 members of the band who have created and performed together for years. Writing and singing duties were shared more on this album than on any previous. Expect to hear music rooted in the Southern Americana that Heywire is known for, but also expect to hear new sounds from this Carolina staple.

The album was recorded in Charlotte’s Sioux Sioux Studio (Patrick Boyd as Engineer) and Satellite Recording Studios (John Nipe as Engineer), and mastered by Dave Harris at Studio B Mastering.

This entry was posted in Uncategorized. Bookmark the permalink.